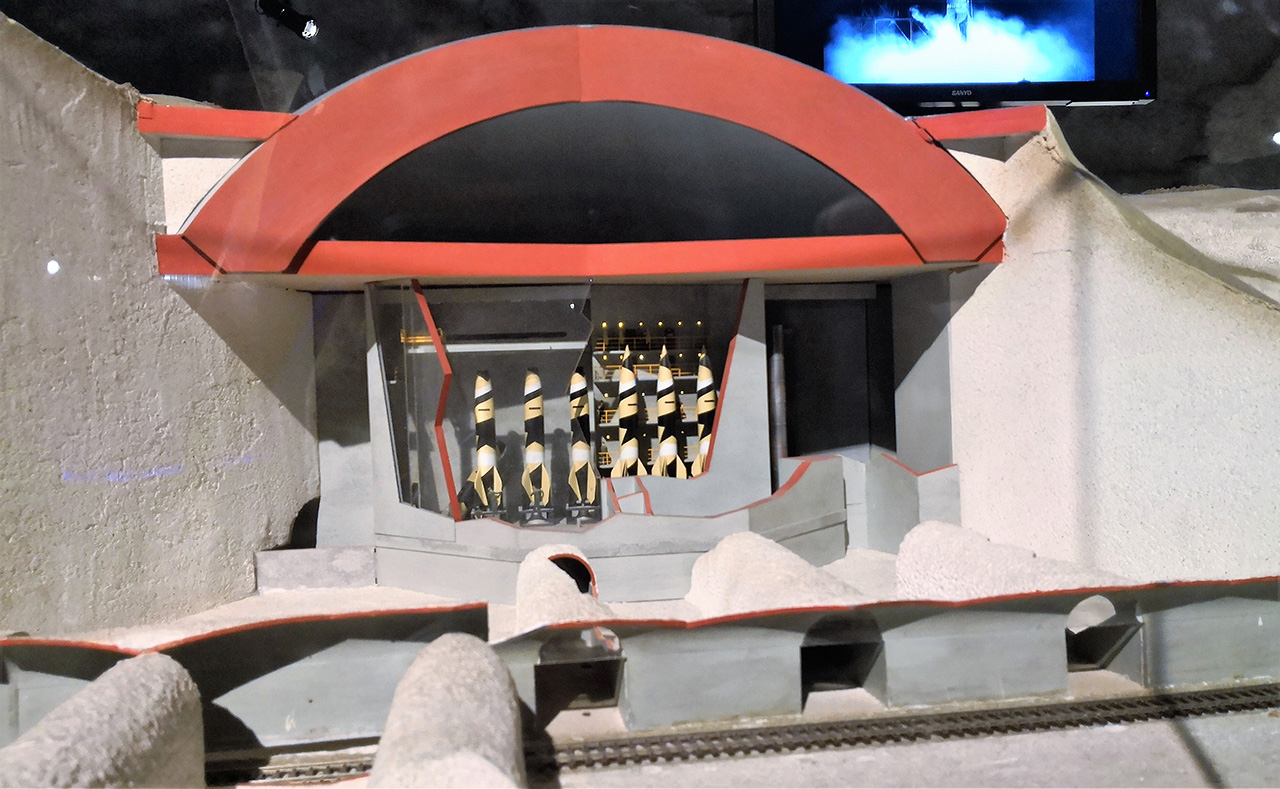 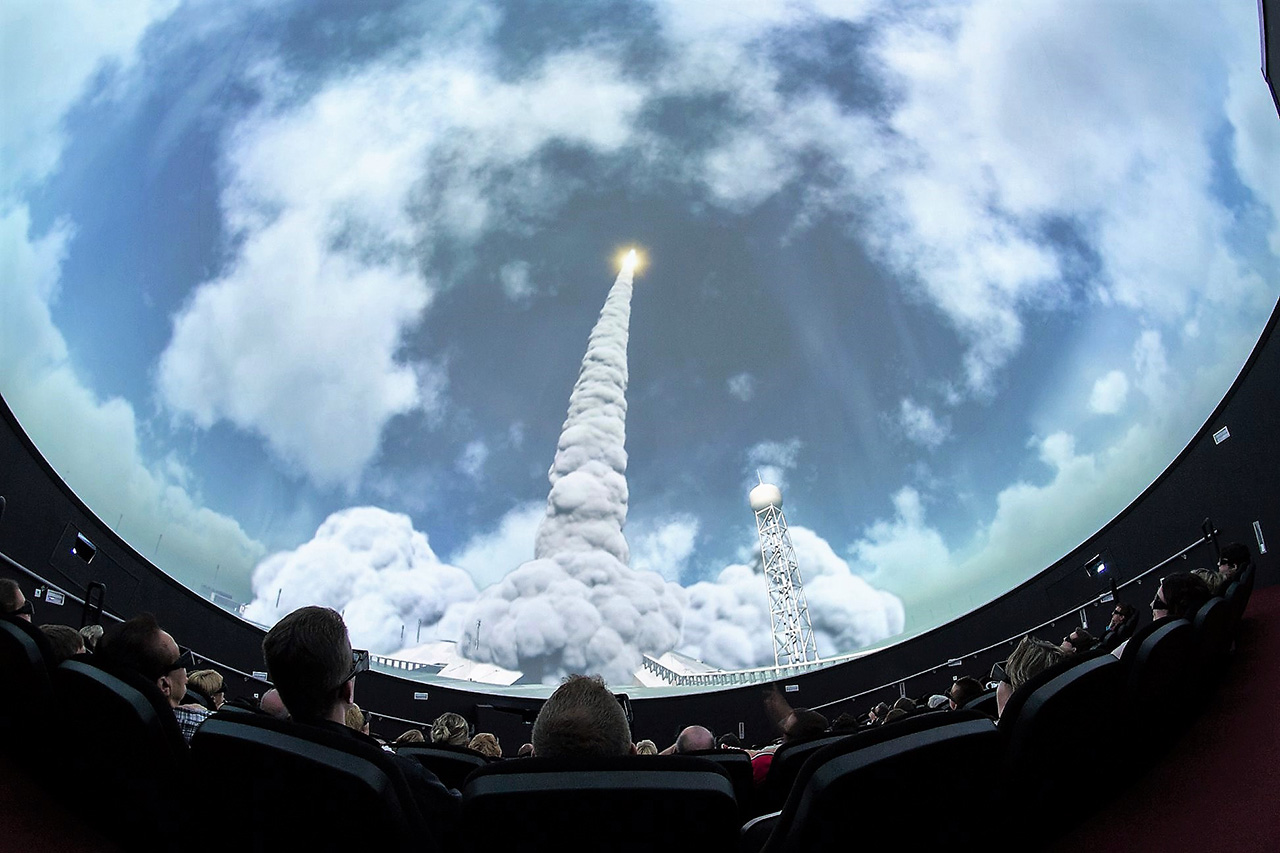 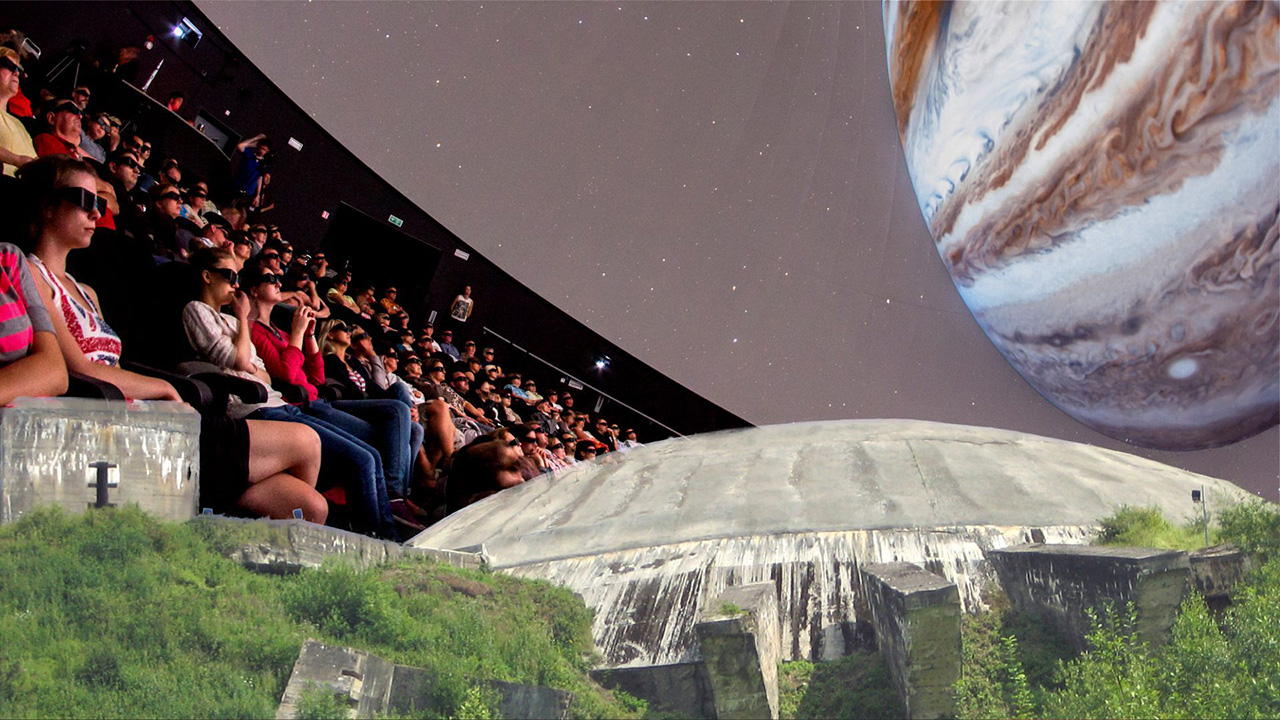 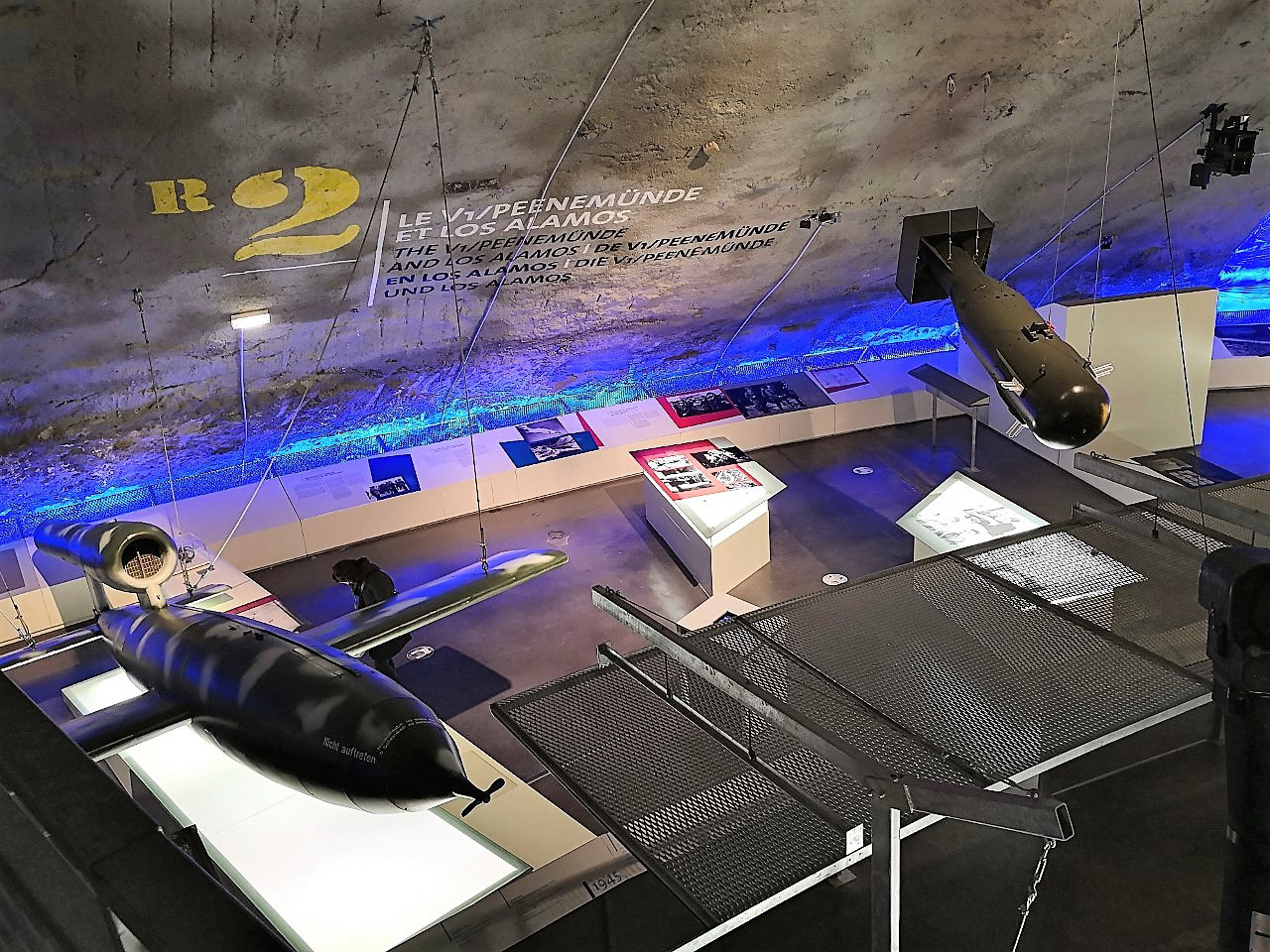 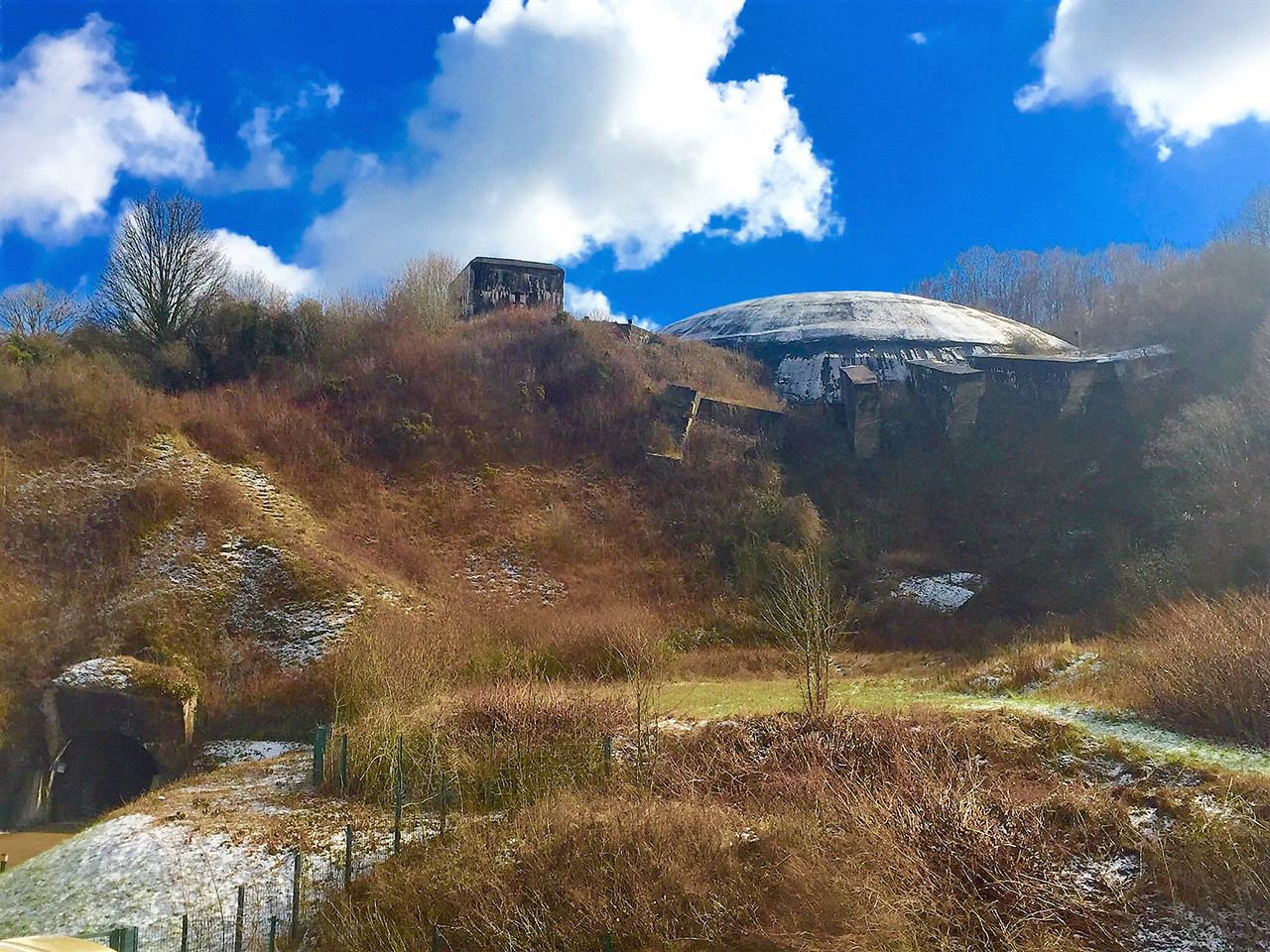 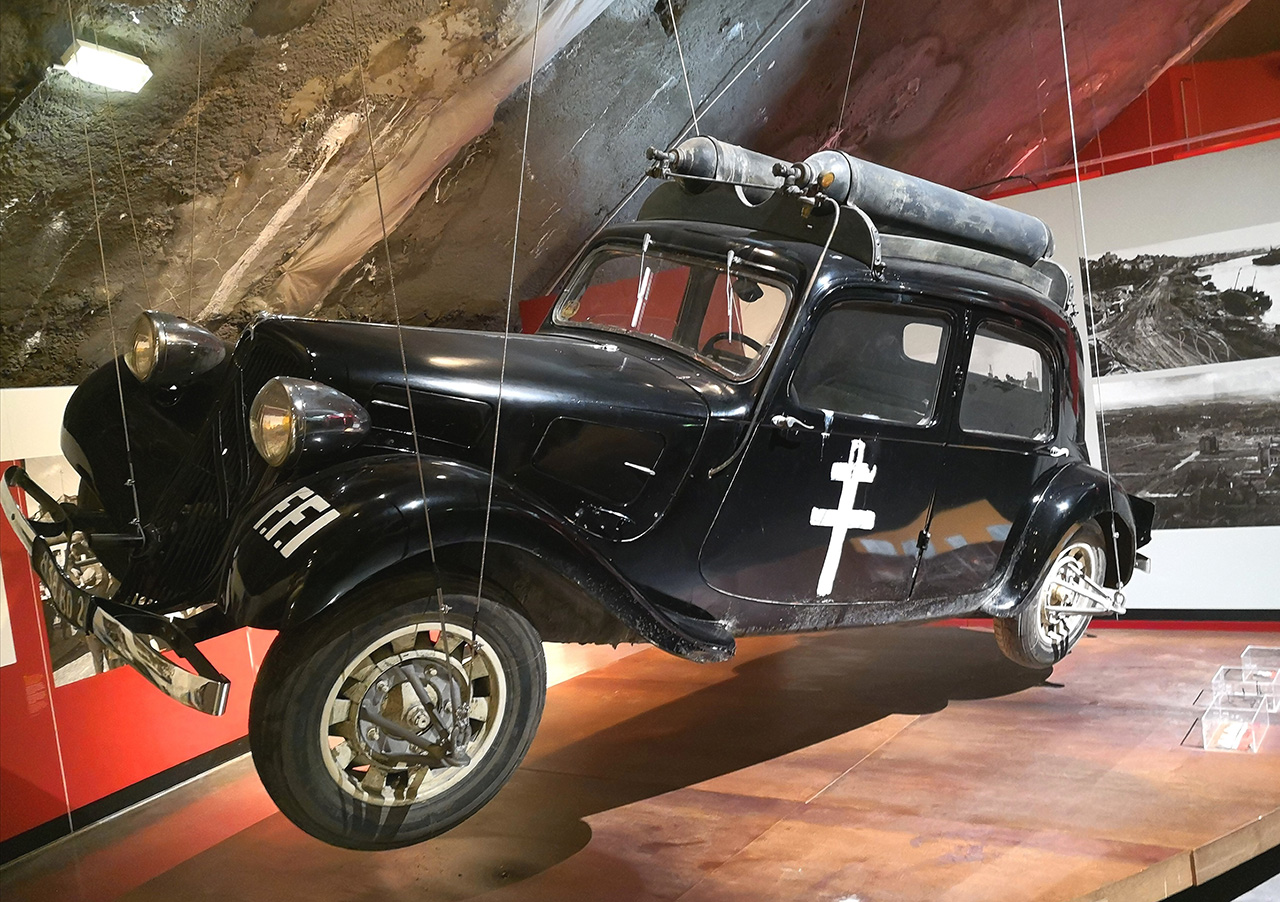 Activities - Battlefield Tour
English
12H
Cancellation conditions
PICK UP IN CENTRAL PARIS
In the morning the driver guide will pick you up at 06:30 am at the following adress : 25 rue des Pyramides 75001 Paris (Easy to access by metro Line 14 and 7 and to get off at Metro station « Pyramides »)
INTRODUCTION
La Coupole, located 5 km from Saint-Omer (Nord-Pas-de-Calais), is one of the most impressive remnants of the Second World War in Europe. It is a symbolic place of the Nazi oppression, due to its overwhelming mass, the nature of its underground facilities and the suffering of the slave labourers who built it.   This huge bunker, built by the Todt Organisation in 1943-1944 had to be the base for launching the V2 rockets against London. Developed in the ultra-secret Peenemünde centre by Von Braun's team, these missiles, along with the American atomic bomb, were the most innovative devices developed during World War II. The V2s were mass-produced by deportees from the Dora concentration camp in the underground factory "Mittelwerk", located at the heart of Germany. Heavily bombed by the Allies, La Coupole was abandoned during the summer of 1944, after the Normandy landings. The V2s, which struck London and Antwerp in September 1944, were launched by mobile units established in Holland. Since 1997, this place, which has been turned into a History and Memory Centre, a world war II museum, has welcomed more than 2 million visitors.
« LA COUPOLE » HISTORY CENTRE - WW2 MUSEM
Rex Circuit Following the Wernher von Braun route, you will discover that the V2 rocket, a real weapon of destruction, is actually the ancestor of all present-day rockets. La Coupole  will help you understand the links between war, science and Nazism and the way in which the scientific leaders of a war became the pioneers of the space race. Peenemünde and the A4/V2 rocket The V1/ Peenemünde and Los Alamos Dora. The V1 and V2 in London and Antwerp The legacy of Peenemünde and the conquest of space (1945-1969) "Dora" exhibit   Cineac Circuit Relive the major periods of the occupation of France by the German Army (1940-1944) through images: the invasion, exodus, the difficulties of everyday life, popular resistance and the Liberation. On entering the "Cinéac" room, you can watch a projection of the slide show "Nord-Pas-de-Calais in German hands (1940-1945)" (duration: 21 min). After having seen the slide show, you can leave the room on the lower level of the dome to continue following the tour on this theme: The invasion The Occupation Collaboration / Persecution / Resistance / Repression The Liberation "Deportation and Genocide" exhibit
3D PLANETARIUM
It was from La Coupole that the V2 rocket, the ancestor of all modern rockets, was destined to take off. Today, on the launching site, the simply spectacular Planetarium offers you an unforgettable journey into space. Take place inside the massive 360-degree room wearing your active 3D glasses and travel through the universe.   Follow Yuri Gagarin during his first space flight, step onto Mars with the Curiosity rover and discover all sorts of other celestial happenings. Come and discover the Planetarium on its own, or combine your session with a visit to the museum.   Depending on the sessions, the films are shown in 3D by six video projectors, associated with an astronomical simulator generating 360° high resolution images. With a 360° hemispherical screen of 15 metres in diameter, a 15° angled floor and a 5.1 surround sound system, the Planetarium offers its viewers a total immersion into Space and Science. Dream to Fly (Starts at 11:00 am) ALL AUDIENCES - 3D Discover the mystery of flight with Leonardo da Vinci, the Montgolfier brothers, the Wright brothers and other inventors. Experience the adventure and find out how this immense and challenging dream, for which mankind has strived since the beginning of history became reality.   Dynamic Earth (Starts at 12:15 pm) ALL AUDIENCES - 3D An astounding film which explores the internal functioning of the climate trough extraordinary computer simulations! Follow a trail from energy from the sun into atmosphere, the oceans, and the biosphere which together form our climate, dive into the eye of massive hurricane, get face with shark and giant whales, and fly into the center of active volcanoes.   Lucia, the Secret of Shooting Stars (Starts at 02:00 pm) ALL AUDIENCES - 3D James and Vladimir take a seat in their spaceship to study polar auroras from space. They meet a hummingbird, Lucia, just as curious as they are. Together, they will seek to understand the shooting stars and the origin of meteorites, these mysterious pebbles that fall on Earth ...
RETURN AND DROP OFF IN CENTRAL PARIS
During the return drive to Paris you will have time to relax aboard the minivan before to be dropped off in Central Paris  (Drop off at the "Place de la Concorde 75001 Paris" just in Front of the main entrance gate of the « Tuileries Gardens ") in the evening around 07:00 pm. Easy there to catch a taxi cab either to find metro stations (Ligne 1 Métro : Concorde or Tuileries)


All descriptions are exclusively the total property from our partners.