20 unique places to visit in France

Despite some good news about the near end of the containment, many questions and uncertainties remain about the situation in France. While many borders of the Schengen area are closed until further notice, the progressive deconfinement agenda is still very unclear. As a result, the French will certainly be forced to restrict themselves geographically in their holiday plans for this summer. From then on, Escapade Française has chosen to join the voice of experts who encourage the French to favour local tourism. In order to support its actors in difficulty and to awaken an ecological awareness, we invite you to enjoy France's unparalleled culinary, historical and cultural richness. On this occasion, we propose you to discover the exceptional resources of our country through 20 iconic destinations in France to visit without further delay.

The Island of Porquerolles 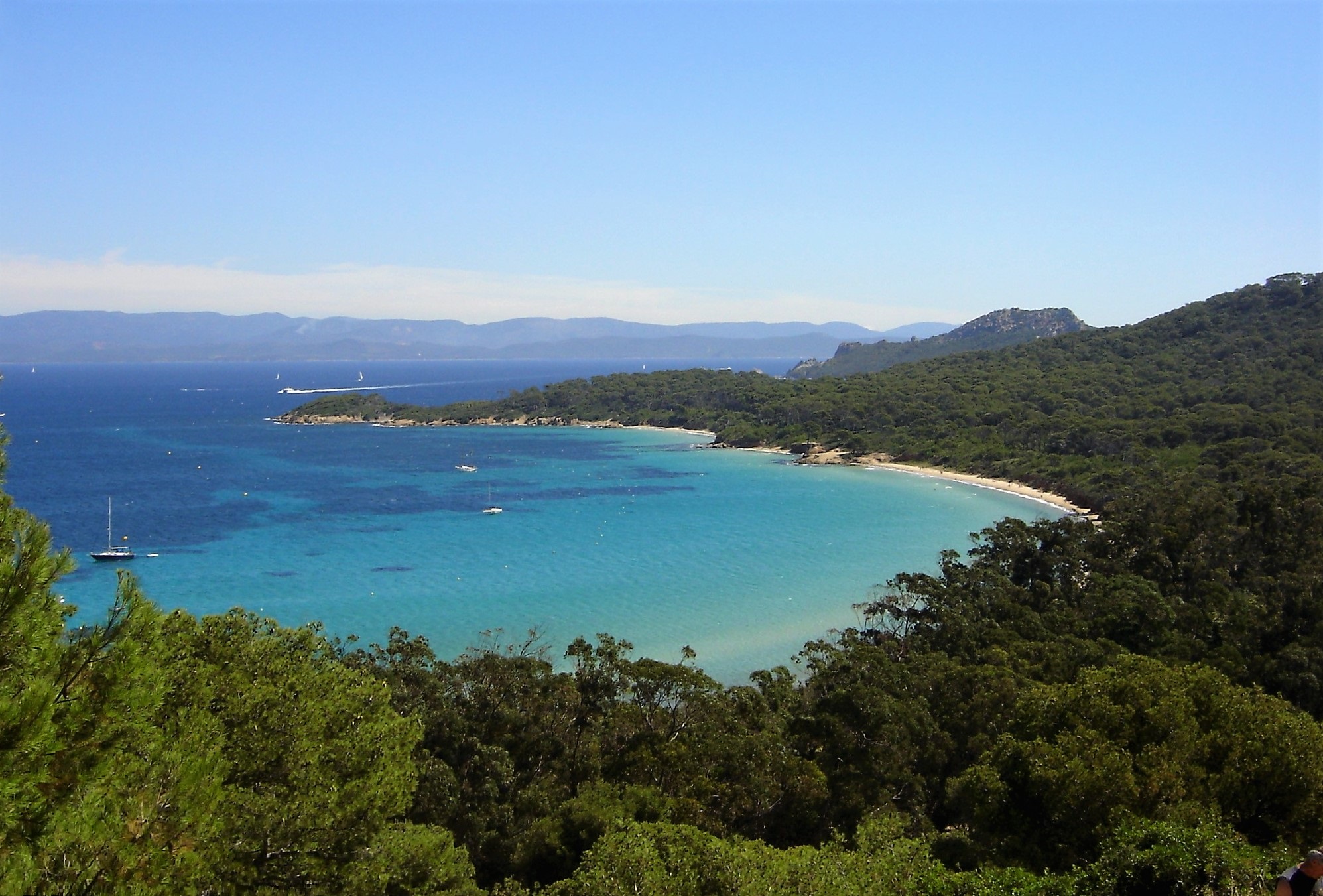 Classified as a nature reserve, this magical island is a true paradise accessible in less than two hours by boat from Toulon. To the south, the coast of the island is dotted with cliffs that discreetly enclose a few creeks. To the north, there are cultivated plains, forests and fine sandy beaches with turquoise waters. All these blends into a wild landscape that has charmed great artists such as Chagall or Charlie Chaplin.

A listed natural site, this valley, part of the Big Areas of France network, unveils a series of waterfalls over 3.7 kilometres in length. Enjoy a stroll in one of the lakes in the heart of a landscape worthy of a postcard. In any season, this nature shaped by water offers an unparalleled spectacle due to the existence of the Hérisson (Hedgehog), an energetic torrent that draws its source from the Saut Girard.

The famous lavender fields of Provence, symbols of the region, stretch as far as the eye can see on a plateau of more than 800 km². For locals and tourists alike, much more than just contributing to the diversity of the flora, these fields are part of the scenery and contribute to the region's influence throughout the world. This lavender enchants with its unique fragrance and continues to tirelessly fascinate visitors who have enjoyed its show.

The Organs of Ille-sur-Têt, Occitania

Nicknamed "fairy chimneys", the Orgues Ille-Sur-Têt culminate at 10 meters high. These sand and clay cliffs have been sculpted by the weather for 2 million years. Erosion has given the rock a flayed, almost lunar aspect, thus offering an extraordinary landscape, considered as an exceptional heritage and classified as a protected site.

Listed as a UNESCO World Heritage Site, the Canal du Midi is considered one of the oldest canals in Europe still in operation. Linking the city of Toulouse to Sète, this canal ends its course by throwing itself into the Mediterranean Sea. Recognized as an exceptional work, it was considered in the 17th century as the largest construction site of the time and revolutionized river transport and traffic in the South of France.

Registered UNESCO World Heritage Site, the Grotte de Lascaux offers a real leap in time by transporting its visitors back to prehistoric times. It presents a complete and unique work of art created by men of the Paleolithic period, made up of signs and animal representations dating back more than 17,000 years.

The Gardens of Marqueyssac, Dordogne 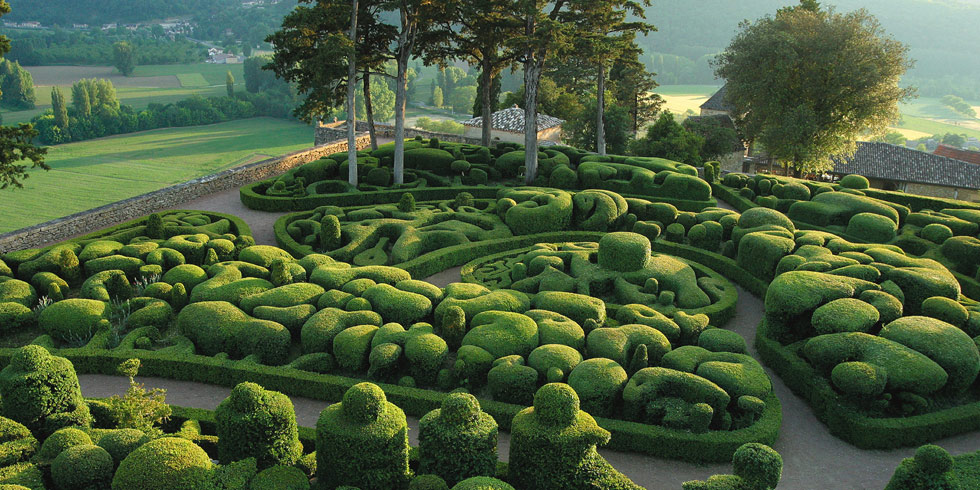 In the heart of a classified site, the picturesque and romantic gardens of Marqueyssac offer more than 6 kilometres of shady walks around a 19th-century castle. In a breathtaking theatre of greenery, this garden, which is one of the most visited places in the region, showcases century-old boxwoods, cypresses and cyclamen from Naples in whimsical, round movements. 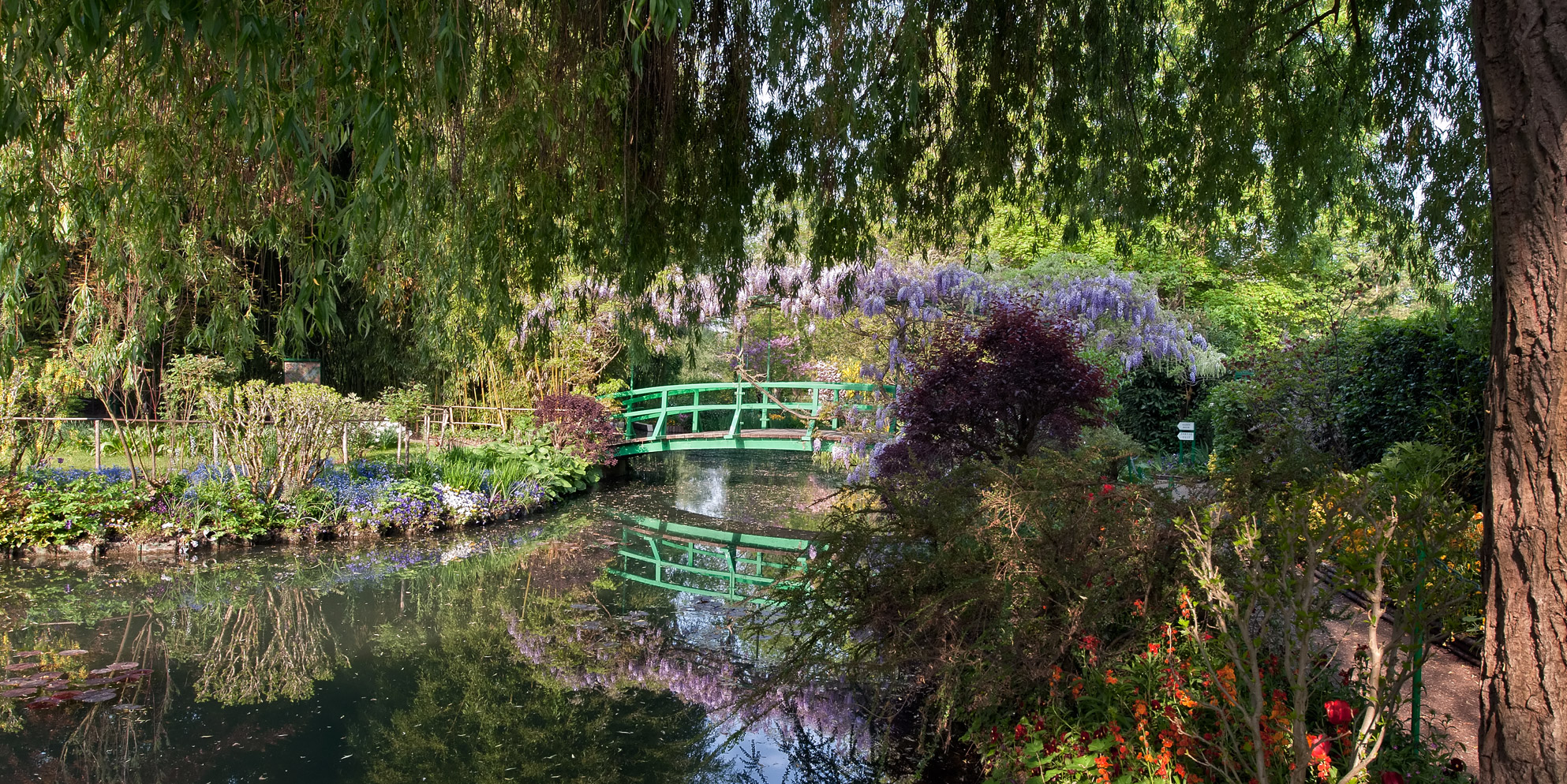 Giverny plunges its visitors into the heart of the atmosphere that reigned at the home of Impressionist master, Claude Monet. Through its flower garden and water garden designed as works of art, we discover the painter's passion for gardening and colours in a striking bucolic parenthesis. Walking around the premises, one can marvel at the flower compositions and water lilies that have constituted its most fertile sources of inspiration in his house transformed into a foundation.

Covering 97 hectares, this rocky islet represents an architectural myth not to be missed in France. This "Wonder of the West" stands in the heart of an immense bay invaded by the greatest tides in Europe. Listed as a "World Heritage Site" by UNESCO in 1979, this touristic destination houses a famous abbey, restaurants and a magnificent view of the bay.

The Gardens of the Palace of Versailles, Île-de-France 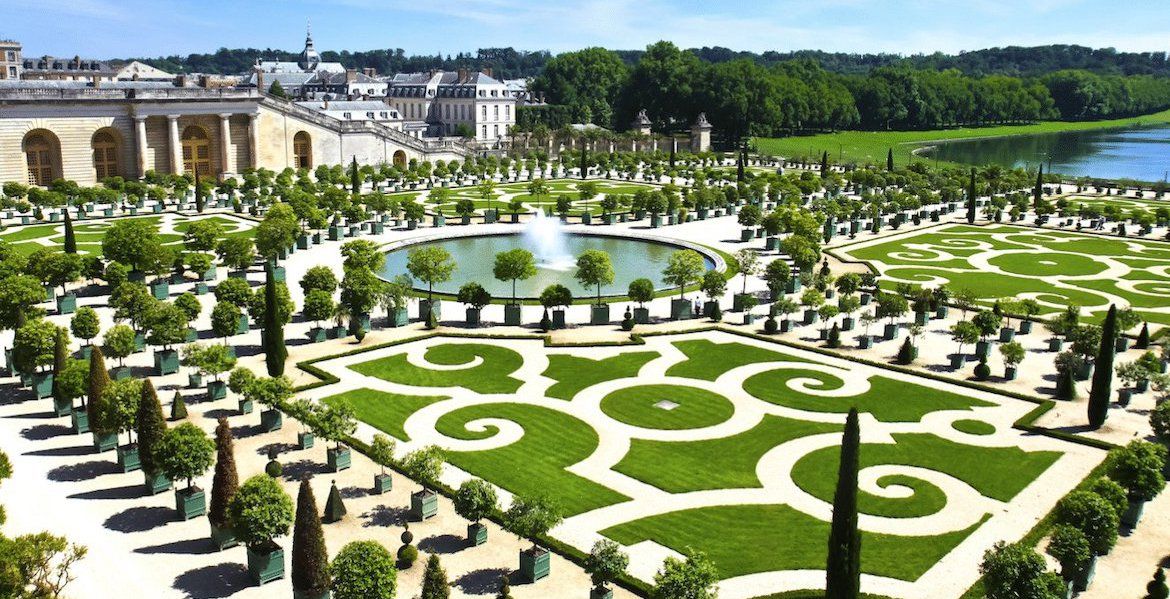 Residence of the Kings of France is an exceptional monument and architectural symbol of the splendour and magnificence of the French aristocracy. Situated in its domain, the French gardens of the castle, created by André Le Notre, shine and fascinate with their 386 works of art including 221 statues.

Discover this small village perched, nestled against the rock of Bellevue. Typical of Provence, it reveals with charm small stone houses climbed with ivy, fountains and lavender fields in a picturesque landscape. Like a figurehead of this attractive village, a rock nearly 30 metres high stands out from the place and overlooks its dwellings. Saignon conceals a multitude of treasures to discover at the bend of its steep streets and its flower-filled squares decorated with fountains.

The castles of the Loire Valley, Centre-Val de Loire

The Val de Loire has never ceased to captivate its visitors and has inspired many artists through its rivers, forests and vineyards, but it is its famous castles that make the most impression. Blois, Cheverny, Amboise or Chambord, the castles of Loire are each more fascinating than the next. Whether you fly over in a hot-air balloon or visit them one by one, they will not fail to charm you!

Nicknamed the Sentinel Island, this Breton island is one of the wildest in the region. The recipe for its success concentrates dry-stone walls, black sheep, mills, lighthouses and weather vanes. The whole is revealed in the midst of green meadows, steep cliffs and a fresh and turbulent sea in fauna and flora of a unique richness.

The Pont du Gard that spans the Gardon is one of the most beautiful Roman masterpieces still spared by the wear and tear of time. Listed as a UNESCO World Heritage Site, it ensured, with its incredible architecture on 3 floors, the continuity of the Roman aqueduct that led the water from Uzès to Nîmes. Today it is the fifth most visited monument in France.

The vineyards of Champagne, Grand-Est

All along the Vesle and the Aine, the rivers of the Marne, the vineyards of Champagnes extend, offering a bucolic walk, a favourite destination for lovers of the famous sparkling wine whose reputation is worldwide. In a rural landscape, come and discover how the wine is cultivated during a walk before tasting a great wine with bubbles.

The glaciers of Val d'Isère, Savoie

The glaciers of Val d'Isère remain snow-covered all year round and offer skiers the opportunity to hurtle down several kilometres of vertiginous slopes. At an altitude of 3,500 metres and more, these glaciers provide relaxation, games, competitions and sometimes even the Olympic Games in a breathtaking panorama. The ski resort also thrives with its warm and lively atmosphere.

The Meander of Queuille, Auvergne

Queuille's belvedere, nicknamed the Paradise, allows you to fully enjoy an unobstructed view of a sublime meander, an immense loop formed by the Sioule River. Culminating at an altitude of 250 metres, this green lung is one of the most important and famous sites of Auvergne due to the phenomenal panorama of nature it offers.

In the heart of the Monts du Vaucluse and the Luberon Natural Park, Gordes is one of the most beautiful villages in France and a major touristic place due to its history, its exceptional geographical location and its cultural activities. On a territory of 50 kilometres of majestic landscapes, this place offers a preserved nature and a safeguarded heritage. Gordes seduces with its typical stone architecture including a castle built near its rock, in the heart of the village. This international destination contains a true national jewel.

Known all over the world, the Auberge de la Colombe d'Or is a privileged place that combines the sweetness of living in Provence with an astonishing private collection of modern art.  This charming setting with its elegant simplicity has seen its destiny mixed with exceptional beings such as Pablo Picasso, Jacques Prévert, Yves Montand, Brigitte Bardot or James Baldwin. Since this golden age, many artists have left magnificent works of art that are now part of this unique setting.